We just finished our second week at Villa Maria Lodge

We can easily split the week in two: The first three days the river remained low and dropping like the week before with normal to strong winds from the W – NW. as the weather was normal for the time of the season, the fishing was just absolutely fantastic! Fish were taking flies hard, giving extraordinary fights and there was not 1 pool topping the rest. Almost every pool was delivering fat, silver and heavy fish! Everybody, guides, and guests were in Nirvana!

At the end of the third day, the wind started to change and the barometric pressure dropped substantially. During that night there was some heavy rain. The next day the fish were acting notoriously strange compared to the 3 days before. We could check that the river had a deep green color and the water was cold, around 7C. All that was pointing to some snow melt in the headwaters of the Rio Grande. After talking with our colleagues of Kau Tapen Lodge – our sister lodge located 40 miles upstream- we were able to confirm that.

More into running upstream than taking flies. We witnessed this phenomenon in several shallow runs where fish were pushing upstream in small groups making almost impossible to convince them to attack a fly.

The river dropped back very fast and the fish settled down again becoming active but never at the frenetic rhythm they had for the first three days.

Among the fisherman of the week was Alejandro Bianchetti, who was the head guide of Villa MARIA Lodge for 5 years, and he put all his tricks and expertise into practice and by the end of the fourth day, literally in the last cast of the day, he managed to hook and land a fantastic 31lbs female!!

The other 2 rods, Axel and Henrik were not lacking action as they managed to land the stunning number of 22 fish in the 15-20lbs range with several massive fish lost during hard fights.

Because all the changes in water levels, water clarity & temperature Its difficult to describe what line-fly combination was the most effective. We got fish from full floating lines to Sink 3-5 shooting heads and from tiny nymphs to big leeches during bright sunlight. So the best is to ready to try a different technique and to adapt to the fish behavior.

Largest Fish of the week: 31lbs 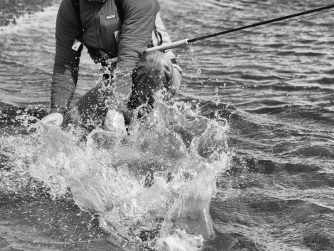 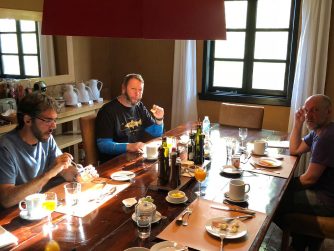 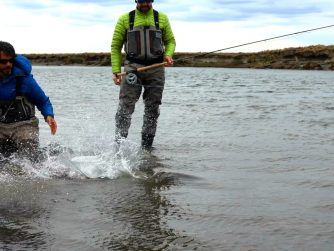 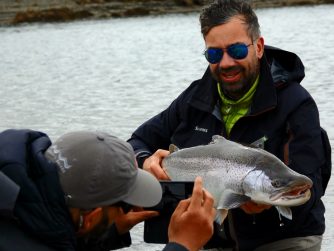 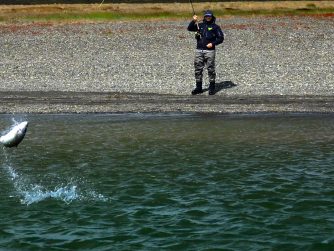 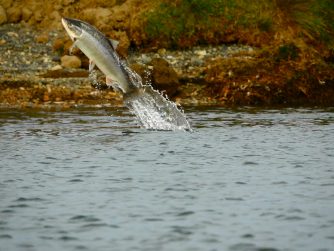 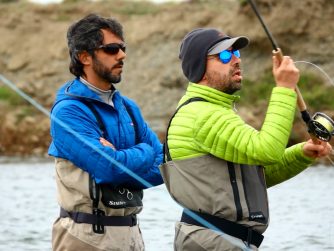 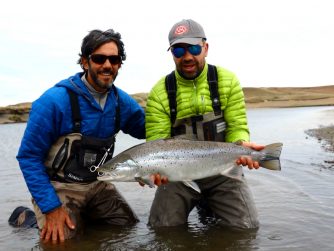 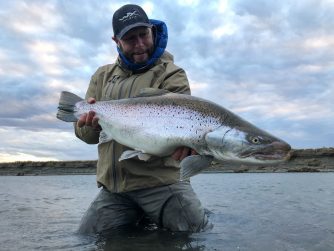 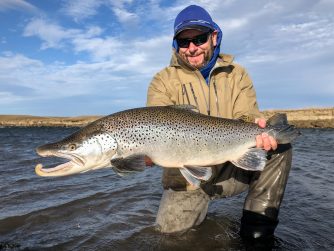 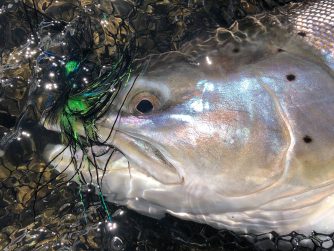 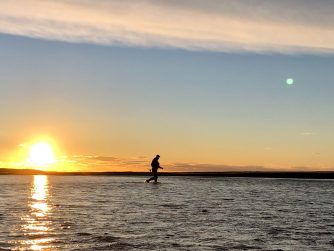 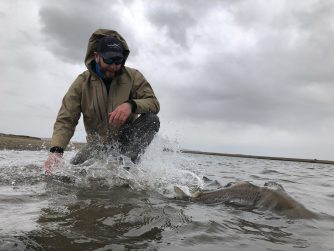 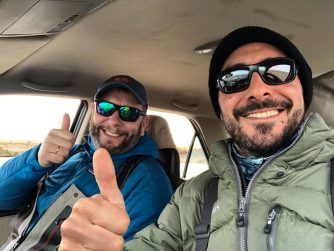 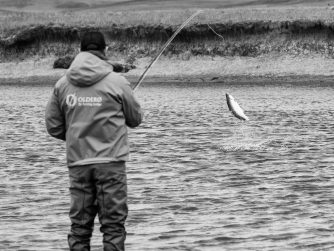