River conditions continue to be optimal with perfect levels, clear water, and prime temperatures. These combined factors have made for some happy sea-run browns, as well as anglers—who’ve been anticipating hookups on almost every cast.

We had a couple of windy afternoons, including one where speeds rocketed to 90km/h (60 mph). When wind is so high, waves in the river wash out beaches and clay banks compromising water visibility. But with some patience, a couple cups of coffee, and endless fishing stories we hunkered in the trucks until it dropped in the late afternoon… and the river gave us plenty of satisfaction, again.

As for techniques and tackle, we’re fishing mostly floating lines and sinking tips and experimenting with a wide variety of flies: from Green Machines to smaller nymphs and leeches. The biggest fish of the week was a 21-pound hen. Anglers also landed 19 fish weighing more than 15 pounds—all look like silver bullets… strong, thick, and fast! 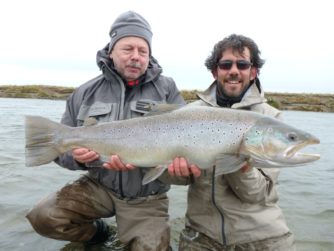 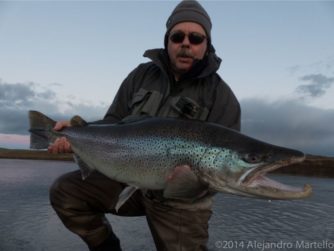 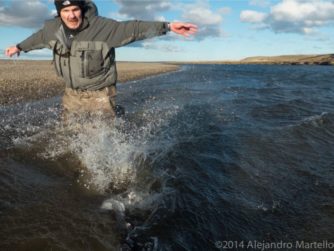 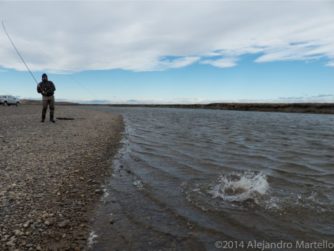 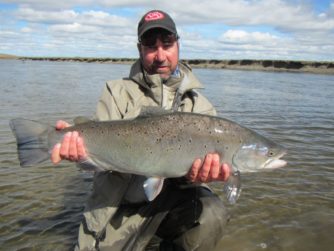 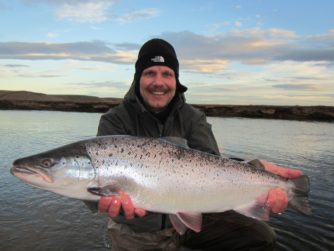