Weather during the past week has been unseasonably tough. With snow storm hitting the Andes, we started our sessions with unusual freezing temperatures and a layer of thin ice lining the river banks in the early morning hours. Over the next two days, our high-elevation snow melted and the river rose about 10 inches.

Despite the spike in flows, water clarity remained good… other than the load of weeds and algae being carried downstream. Employing heavy sinking tips and big colorful flies to reach fish in the deepest runs became the name of the game. And we once again found success.

By the end of the week, the river was on the drop and picked up color in the process. Due to the cold and murky conditions, fish were taking short. These non-committal “eats” often lead to lost fish. And many of those we landed were just barely hooked in the top of the mouth. 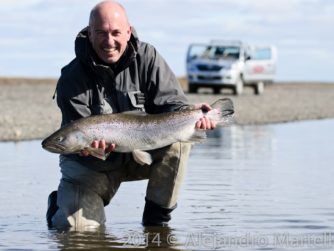 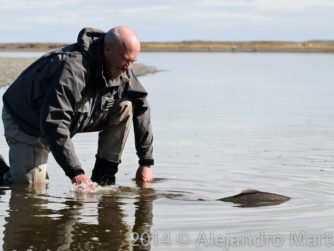 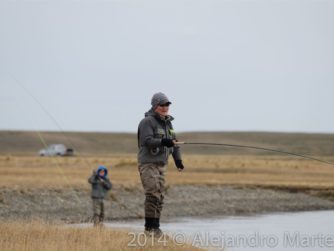 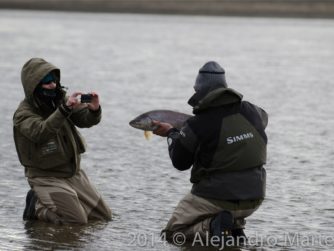 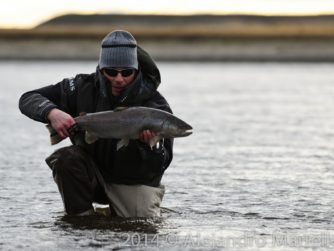