March is here and we can feel it in the air. The weather has turned cooler, autumn is upon us, and we’re seeing colorful male fish and a mix of chromers still streaming into the system.

This past week we welcomed a group of experienced salmon fishers visiting the Rio Grande for the first time. They did exceptionally well. For example, Ian landed 5 fish weighing more than 20 pounds. His biggest was a 32 pounder! Amazing.

The first 3 days of the week brought freezing nights and cold days that made water temperatures drop dramatically. We also had some rain and strong winds (up to 93km/h). The water came up, but it remained mostly clear.

These conditon forced us to change techniques. Skagit setups with T14 tips are the new name of the game. And leeches in black, black/purple, black/yellow, and black/chartreuse have been the top producing patterns.

Despite some harsh weather and a steep learning curve for our first-timers, this was one of the most productive weeks so far. Well done guys!

For now, great fishing on the Rio Grande continues—and we will keep working hard to make this the best season ever for our guests. 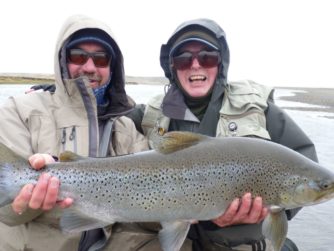 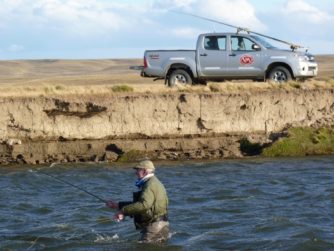 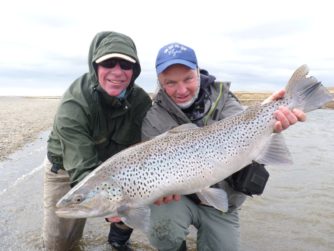 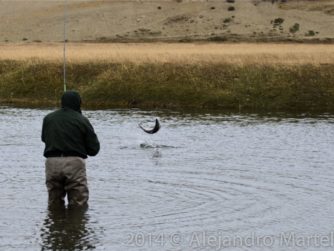 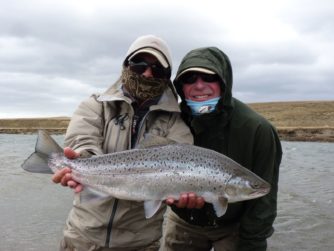